Top
You are here: Home / Archives for Ride Maps

Discover new ride maps of areas and destinations in Thailand that offer great cycling opportunities. Parks, dedicated cycle lanes, off-road routes, and training areas that appeal to every type of cyclist. Some of the rides in this category include downloadable files (in .gdb and .gpx formats) that can be used with various brands of GPS devices. Article list starts below our Premium GPS Touring Routes products. 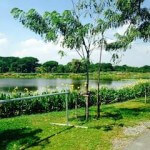 Back in August of 2014 we reported that a new bike park had been opened by the Bangkok Metropolitan Administration (BMA). The bike park, which is located in the Khlong Sam Wa district of Bangkok, features a 4-kilometer cycle lane around the beautiful lake setting of Wareepirom Park. This area is often referred to as Bueng Makham-Bueng Sakae Ngam Sam Duean, or just Bueng Sakae Ngam. In that same … END_OF_DOCUMENT_TOKEN_TO_BE_REPLACED 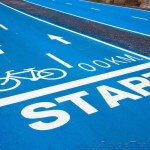 On December 22, the SCB and the Airport Authority (AOT) invited media personnel and VIP individuals to test ride the new 'Sky Lane' cycling path at Suvarnabhumi Airport. Sky Lane cycling path officially opens to the public on December 26, 2015 I enjoyed the test ride and wanted to share what I found, and what is planned for the future, at Sky Lane. What I found before I entered … END_OF_DOCUMENT_TOKEN_TO_BE_REPLACED 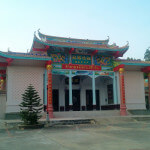 The trails at Khao Chalak started out as a couple of dusty singletrack runs leading up and down the mountain but have now developed into one main Downhill (DH) trail that can be accessed from a couple of different trailheads. Some riders describe the trail that starts from the fire watch viewpoint parking area as an All Mountain (AM) trail rather than a dedicated Downhill run. Local riders tackle … END_OF_DOCUMENT_TOKEN_TO_BE_REPLACED 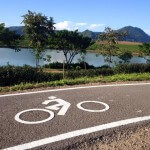 Having read the recent articles about the 20 million Baht bicycle route project in Chiang Mai and the Pump Tracks that are popping up all around Thailand, I thought I'd share what is going on at the Singha Park up here in Chiang Rai. The Singha Park, sometimes referred to as Boon Rawd Farm, is a large and very beautiful area nestled in the foothills that border the southwest corner of Chiang Rai … END_OF_DOCUMENT_TOKEN_TO_BE_REPLACED

South Korea is a magnificent place to go on your next cycle touring trip. In less than a week a moderately fit cyclist with a minimal amount of equipment and planning can complete the route between South Korea’s two largest cities, riding southeast from Seoul to Busan, or northwest from Busan to Seoul. After checking the dominant wind direction I and my friend chose to cycle the Seoul to Busan … END_OF_DOCUMENT_TOKEN_TO_BE_REPLACED 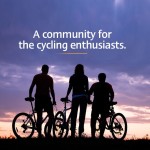 Latest report about the opening date for Suvarnabhumi Airport's cycling "Sky Lane" is that it should be open in 3 weeks. So, perhaps we'll be riding on the new 23.5km "Sky Lane" or the separate Training Track by mid November. We said farewell to the old green cycling path around Bangkok's airport back at the beginning of June this year. At that time it was speculated that the airport cycling … END_OF_DOCUMENT_TOKEN_TO_BE_REPLACED 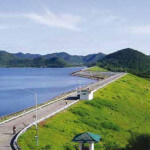 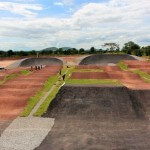 จังหวัดชัยนาทเปิดซิงสนามบีเอ็มเอ็กซ์ สวยที่สุดในประเทศไทย Chai Nat province has officially opened Thailand's most beautiful BMX track. Not only is it beautiful, but the new track is fully certified to UCI standards. The new track will serve as the venue for the upcoming BMX Thailand Cup 2015 and Championship series, beginning this Sunday, September 13th. The BMX track was built through … END_OF_DOCUMENT_TOKEN_TO_BE_REPLACED 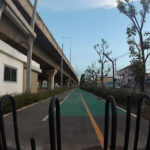 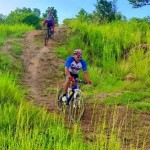 The Pattaya Bicycle Association, with assistance from Bikeservice Pattaya, have completed work on a new venue for mountain bike riders. The new trail is located at the Map Prachan Reservoir, a short drive east from Pattaya beach. The nearly 10 kilometer trail traverses the western edge of the Map Prachan Reservoir area. The reservoir area is open to the public and future MTB events on … END_OF_DOCUMENT_TOKEN_TO_BE_REPLACED 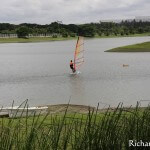 The latest scenic bike lane to be constructed in Bangkok is around Nong Bon Lake in Prawet district. The 4 kilometer long bike trail, which will have solar lighting and closed-circuit cameras, is due to be opened next month in July 2015. Nong Bon is a big lake behind Seacon Square. It is popular with people who want to enjoy watersports such as windsurfing and kayaking. Unlike its neighbour, Rama … END_OF_DOCUMENT_TOKEN_TO_BE_REPLACED 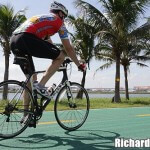 The Green Lane around Suvarnabhumi Airport has proved to be very popular with cyclists who live in Bangkok. The 23 kilometer long lane was often crowded at the weekends with both hobby cyclists and those training for racing. It proved so popular that it is now time for them to upgrade the facilities. This includes a new lane for slower cyclists, restrooms and snack shops. The Green Lane is due to … END_OF_DOCUMENT_TOKEN_TO_BE_REPLACED 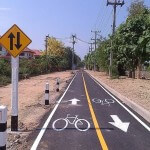 Chiang Mai has launched an over 20 million baht project building a new bicycle route between the Huay Tung-Tao lake area and the Chiang Mai International Conference Center. Developers have said that it will be the safest bicycle lane in Chiang Mai district, with the well-known and beautiful Doi Suthep as scenic background to the route. Cyclists can either enjoy a relaxing time at the … END_OF_DOCUMENT_TOKEN_TO_BE_REPLACED 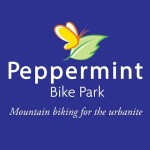 Peppermint Bike Park will officially open 1 May 2015. (April 30th update: Opening rescheduled to May 9, 2015). The opening has been long anticipated since the construction announcement nearly two years ago by Khun Suwanna Eiampikul, who is the Sales & Marketing Director of Bertram Chemical (makers of Peppermint Field gels and balms) and a cycling advocate. Early In 2013, Khun Suwanna spoke … END_OF_DOCUMENT_TOKEN_TO_BE_REPLACED 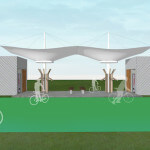 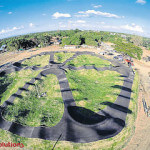 It seems as if the most recent surge of cycling in Thailand has prompted a number of individuals and cycling groups to construct pump tracks in four separate areas of the country. Pump tracks, to those uninitiated in their purpose, are a type of cycling track which were made popular during the heyday of bicycle motocross (BMX). The tracks, made of tightly packed dirt or paved with asphalt or … END_OF_DOCUMENT_TOKEN_TO_BE_REPLACED 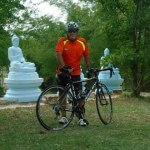 They say, “Any Bicycle Ride Is Better Than No Bicycle Ride”. And I can not agree more with that statement or feeling. My daily bicycle commute here in Sattahip, Ban Chang and Rayong area is always something that I look forward to. The commute is rarely routine and is often an adventure if not in actuality, in my mind. It can be hot sunny skies when starting out on the ride and overcast with … END_OF_DOCUMENT_TOKEN_TO_BE_REPLACED 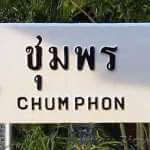 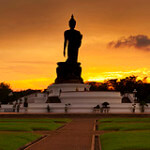 Shady Singletrack Trails at Phutthamonthon Park, Nakhon Pathom province - This park, located in Nakhon Pathom, is just on the western edge of Bangkok. The terrain is flat, but the scenery and quite retreat of the area is a welcome escape from big city Bangkok. The trails can be extremely muddy after heavy rain and should be avoided until they have had sufficient time to dry out. The nearby … END_OF_DOCUMENT_TOKEN_TO_BE_REPLACED 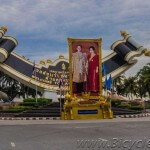 Wide open roads, temples, fresh seafood, mountains, monkeys, beachside resorts and great coffee shops. No wonder I love riding here! Halfway between Bangkok and Pattaya on the eastern seaboard of Thailand is a perfect coastal cycling destination called Ang Sila and Bang Saen. This area is not so well known amongst the expat community or tourists as it is often bypassed along the highway … END_OF_DOCUMENT_TOKEN_TO_BE_REPLACED 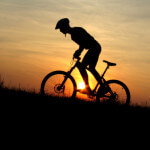 Khao Din Track Trail, Chonburi province - Located in Sattahip district of Chonburi, this trail has lots of climbing and technical singletrack and is hugely popular with the local MTB riders of Chonburi. GPS location: Trail condition: Shaded, technical 100% singletrack with many steep sections. Trail Distance: 3.8 kilometers. How to get there: Drive south on Highway 3 (Sukhumvit) from Pattaya. … END_OF_DOCUMENT_TOKEN_TO_BE_REPLACED 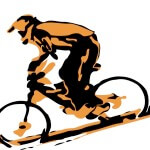 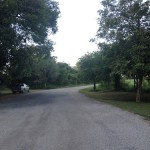 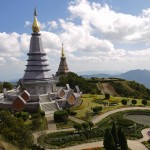