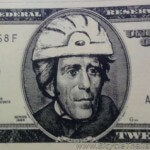 Participating in a group cycling tour is a wonderful way to spend a holiday. A cycling trip, especially one to an area of the world you are unfamiliar with, has the potential to reward its participants with physical as well as emotional experiences and milestones. Traveling by bicycle independently can be fun, but joining a group may help ease the logistical burden and you may even meet other … END_OF_DOCUMENT_TOKEN_TO_BE_REPLACED 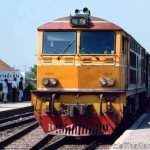 Thailand has a wonderful and inexpensive railway system that operates everyday of the year. Trains are a convenient way to travel great distances in relative comfort for many Thais, whether they're going home to visit family and friends or taking a vacation trip to another province. The railway system, which includes a Southern, Eastern, and Northern line, is also an easy way to transport yourself … END_OF_DOCUMENT_TOKEN_TO_BE_REPLACED 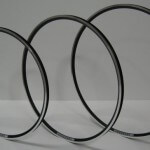 The debate over which is the best wheel size for cycle touring may never see a clear winner. Traditional touring bicycles have always come equipped with 700c wheels while some newer models are now making use of 26-inch wheels. Some touring bike manufacturers even offer their frame models in either wheel size configuration in order to please both camps of touring aficionados. The best advice is … END_OF_DOCUMENT_TOKEN_TO_BE_REPLACED 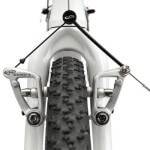 The type of bicycle to be used is usually a major decision faced by every cyclist who is in the planning phase of his or her cycle touring trip. Much consideration is given to the bicycle’s weight carrying capability, tire size and tread pattern, and of course comfort. How the bicycle’s braking system will perform under the added weight of loaded panniers and the anticipated riding conditions of … END_OF_DOCUMENT_TOKEN_TO_BE_REPLACED 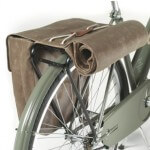 Now that you’ve purchased panniers in preparation for that big cycling trip you’ve always wanted to take, BicycleThailand.com has a few recommendations for you when it comes to packing them. 1. Weight The rule here is low and even. Your bicycle will handle much better when the weight you are carrying is packed as low as possible and distributed evenly between the front and rear end of your … END_OF_DOCUMENT_TOKEN_TO_BE_REPLACED 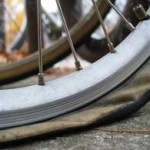 If you’ve traveled in Thailand then you’ve seen the ever-present signage that heralds a tire repair shop, whether you’re aware of it or not. Regardless of your ability to read Thai script the ubiquitous red and white colored tire signs that dot the roads and highways of Thailand can tell you one thing; all sizes and types of tires can be fixed at the shop directly adjacent to the sign. This … END_OF_DOCUMENT_TOKEN_TO_BE_REPLACED 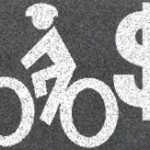 This article is meant to help cyclists get an idea of the price-per-day cost of self-supported cycle touring in Thailand. If you’d rather join a fully supported and/or guide-led bicycle tour in Thailand please reference our TOURS page where you will find a comprehensive list of cycle touring companies. I will begin by explaining the factors used to create the three price-per-day categories: … END_OF_DOCUMENT_TOKEN_TO_BE_REPLACED 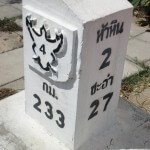 Bicycle travel throughout Thailand is pleasurable for many reasons. The frequent and plentiful food stalls, the ubiquitous roadside salas (wooden-roofed bus stops), and the friendly disposition of the Thai people towards foreign travelers are a few reasons that come easily to mind. Another reason that makes Thailand such a great cycling destination is its highly developed infrastructure. … END_OF_DOCUMENT_TOKEN_TO_BE_REPLACED