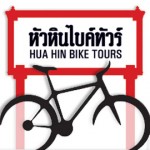 Hua Hin Bike Tours is owned and operated by The Tour de Asia Bicycle Touring Company, a licensed Tourism Authority of Thailand Company. In 2008, Tour de Asia relocated from Bangkok to the beach side city of Hua Hin and assumed control of Sea Hill Mountain Biking (now Hua Hin Bike Tours) when their friend and founder Paul Mason returned to the UK for business. Since then Hua Hin Bike Tours has … END_OF_DOCUMENT_TOKEN_TO_BE_REPLACED 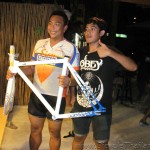 Riding a bicycle through small streets, amid heavy vehicle and foot traffic, at night might not be every cyclist’s idea of an enjoyable ride, but the formula proved successful and exhilaratingly fun for the many fearless competitors who participated in last Saturday night’s Hua Hin Alleycat race. The June 2nd Hua Hin Alleycat race, which is sure to spark similar events throughout Thailand, … END_OF_DOCUMENT_TOKEN_TO_BE_REPLACED 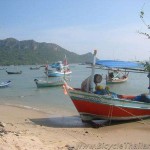 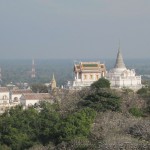 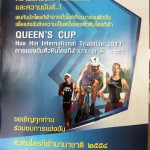 The Hua Hin Queen’s Cup International Triathlon 2011 was held on Sunday, August 28th, at Suanson Pradipat Beach in the province of Prachuap Khiri Khan. This annual event, now in its third year, offers local and visiting athletes the chance to test their fitness at either the duathlon (running and biking) or triathlon (swimming, running, and biking) level. The 2011 edition witnessed more foreign … END_OF_DOCUMENT_TOKEN_TO_BE_REPLACED 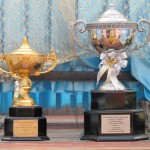 The city of Hua Hin, located in the Prachuap Khiri Khan province of Thailand, proved to be a most welcoming advocate of bicycling and accommodating host to bicyclists over the weekend of November 27th and 28th. Once again the small beachside city presented the annual Queen and King’s Cup bicycle events as it has done every November for the past four years. This year’s event also included an … END_OF_DOCUMENT_TOKEN_TO_BE_REPLACED 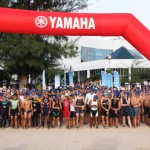 This year’s Hua Hin Queen’s Cup International Triathlon was held on Sunday, October 10th, at Suanson Pradipat Beach in the province of Prachuap Khiri Khan. The annual event offers local and visiting athletes the chance to test their fitness at either the duathlon (running and biking) or triathlon (swimming, running, and biking) level. Also on offer at Sunday’s venue was a 5km fun run along the … END_OF_DOCUMENT_TOKEN_TO_BE_REPLACED 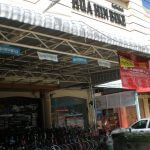 This month’s featured bike store in Thailand is Hua Hin Bike. Hua Hin Bike is located in the city of Hua Hin, Prachuap Khiri Khan province. You can find Hua Hin Bike on Phetkasem Road (Hwy 4) between Soi 45 and Soi 45/1, just before a PTT gas station. The shop has been in its current location for many years and is well known for its support of the local bike clubs and cycling events throughout … END_OF_DOCUMENT_TOKEN_TO_BE_REPLACED