Top
You are here: Home / News / Investigations into Bangkok bike lanes that cause traffic jams 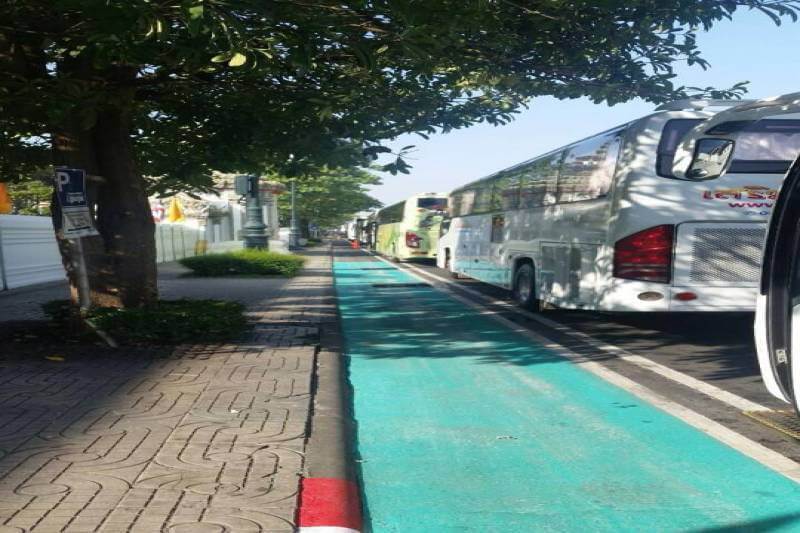 Investigations into bike lanes that cause traffic jams

Mr.Suton Anakun, Vice-president of Bangkok’s traffic policy and transportation office said, bike lanes are very useful for cyclists. It’s a project that they have tried to operate in different areas of Bangkok for the safety of the riders. In the past, they tried to build bicycle lanes to cover all areas, for both exclusive bike lanes (no traffic) and shared bike lanes (with traffic). Nowadays, Bangkok has 54 bike lanes with a total distance of 364.54 km.

However, there has been many complaints from people regarding bike lanes in some areas that are causing traffic jams, especially exclusive bike lanes which use at least 1.20 meters (width) of road space, so it leaves less space for other vehicle lanes. Also, some bike lanes obstruct stall sellers beside the road. The governor of Bangkok ordered Bangkok’s traffic policy and transportation office to observe these bike lanes. If some bike lanes really do cause problems or are not being used, there may be reason to cancel some bike lanes to save money each year on the maintenance budget.