Top
You are here: Home / News / Plans to cancel bike lanes in Bangkok and enforce laws 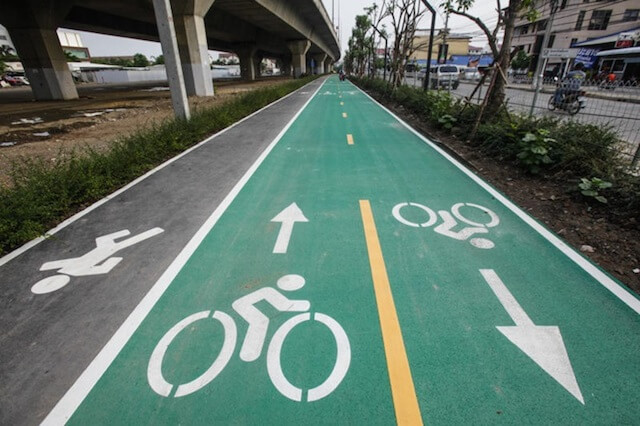 The Bangkok executive office has had a meeting with regards to solving bike lane problems in Bangkok and has discussed removing some bike lanes in areas which are not being used.

Police Major General Panurat Meepearn, Bangkok governor’s consultant disclosed that he has suggested the Bangkok executive office to consider the cancellation of bike lanes in some area’s which have not been used after the district office sought measures to reduce its maintenance budget. Bike lanes in consideration of cancellation are Puttamonton Road, Barommaratchachonnanee Road, Phetkasem Road, and other small lanes leading off of those main roads.

Bangkok Police have been ordered to be strict with bike lane laws and to report the results continuously. Every district office must enforce legal punishments for people who break the bike lane laws, many of which carry a maximum fine of 2,000 baht.

Original article posted on May 21, 2016 at ภาพประกอบข่าว