Top
You are here: Home / News / Bicycle Parking at Central World in Bangkok 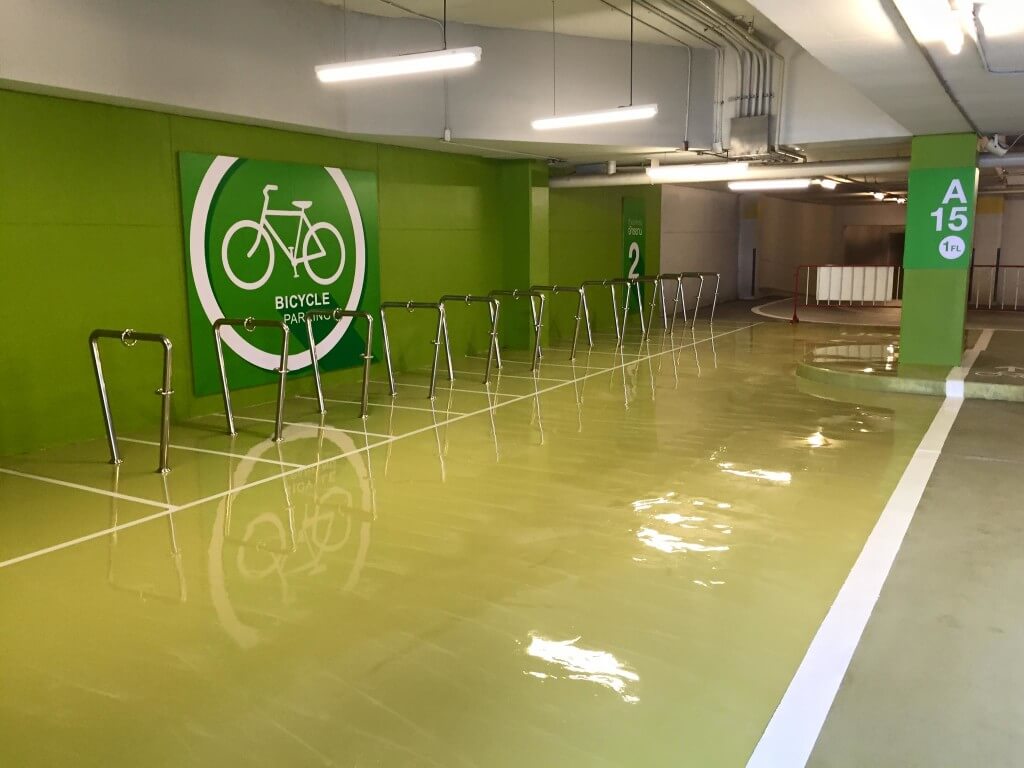 There has been quite a bit of buzz on social media about the newly finished bicycle parking area at Central World shopping mall in Bangkok. 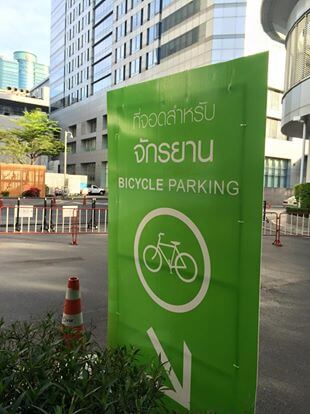 A similar project was launched at Fortune Town shopping mall some time ago and was almost immediatley plagued by complaints from users when a parking fee was introduced and motorbikes began to encroach on the ‘bicycle only’ spaces. We truly hope that Central World doesn’t allow similar practices to tarnish its shiny new project.

Central World is just one of Bangkok’s many shopping malls, but its central location in the city and its close proximity to Chulalongkorn University, Lumphini Park, and BTS Skytrain stations Siam, Chit Lom, and Ratchadamri makes it particularly useful for cyclists visiting this bustling area of the city.

Also, the nearby Bangkok Art and Culture Centre (at Pathum Wan junction of Phayathai and Rama I roads) serves as a meeting point for several cycling groups that enjoy night bike rides in the city. Years ago, the Centre served as the unofficial start point for Bangkok’s Friday night Critical Mass rides. 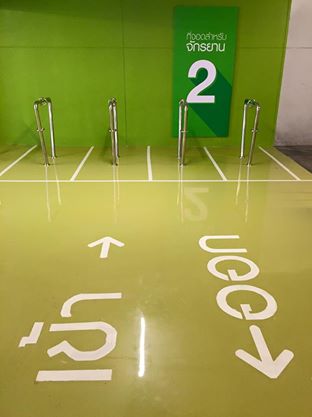 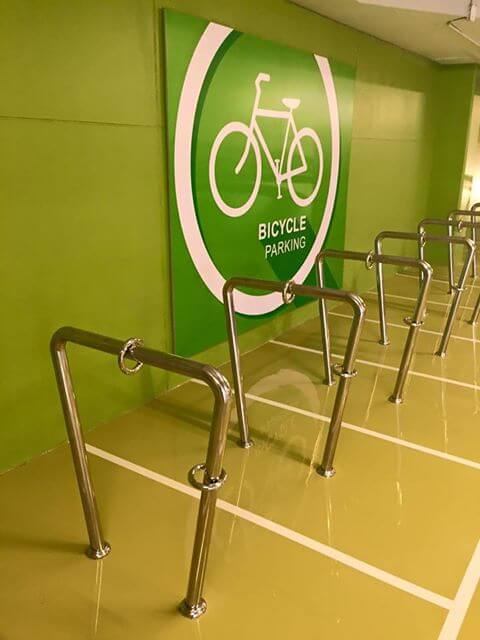 The new parking area is attracting shoppers who noted, in a recent survey, a lack of safe and secure bike parking to be one of the main reasons they avoided riding their bikes to large shopping malls, especially for long duration activities like movie watching. Recognizing this need, small movie houses like Lido and Scala (in Siam Square) started allowing bicycles to be parked inside their foyer areas more than a year ago.

We applaud Central World for creating a designated bicycle parking area that will allow cyclist customers and Central World employees the same level of security and peace of mind afforded to those patrons who arrive in automobiles.