Police General Atsawin Khwanmuang, Bangkok’s governor started the opening ceremony of “Tour of Thailand 2017 or The Princess Maha Chakri Sirindhorn’s cup men’s tour of Thailand 2017” on the 1st April 2017. He led the cyclists to celebrate Princess Maha Chakri Sirindhorn’s 62th birthday which was held on the 2nd April. There are 20 male teams and 15 female teams from all around the world attending this competition. 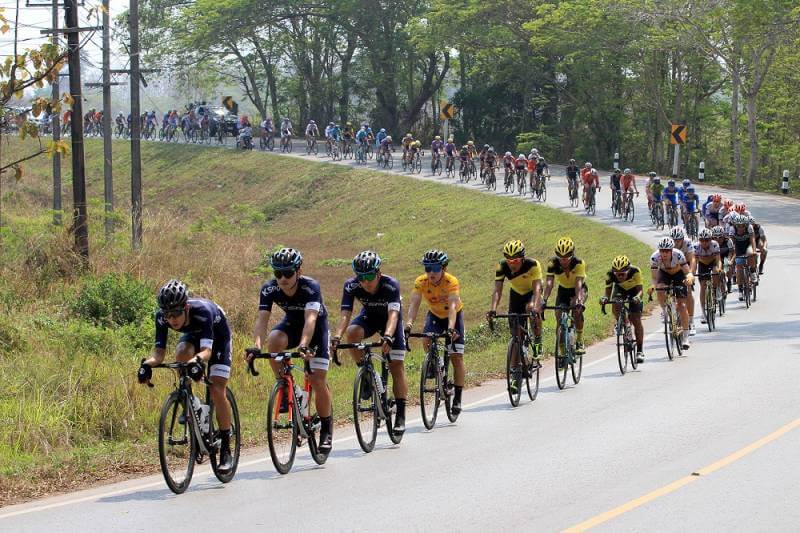 The first stage of this competition for male teams started on the 1st April 2017. The cyclists registered at the ministry of education at 7:00 am. Police General Atsawin Khwanmuang, Bangkok’s governor, was president for the opening ceremony of this competition at 7:25 am.

General Decha Hemkrasri, president of Thai cycling association said that this competition is established by co-operation between sports authority of Thailand and tourism authority of Thailand. They managed the routes to pass through 4,000 projects initiated by His Majesty King Rama 9 from the central region to the northern region of Thailand. There will be presentations along the way, showing the lives of local people in each area, cultures, and history of this competition to all cyclists. The routes for female team competition will be held in the Chiang Mai province and the routes for the male team competition are combined into 6 stages as followed:

On the 10th April, all cyclists will be heading to the finish point at Chiang Mai royal development study center together.