“On behalf of Team Direct Asia and Anza Cycling, I’d like to thank Kun Kai and the entire ToF team for putting on another excellent race. The new upgraded hotels were fantastic and the routes on day 3-5 excellent and well marshalled. In our eyes, ToF remains the best amateur event in the region and one that we’ll continue to look forward to for many years to come. Thank you so much for organising. You all did a great job and we are very thankful for your hard work and enthusiasm. Kap Kun Krab!” – Donald Macdonald (#140-Team Direct Asia) 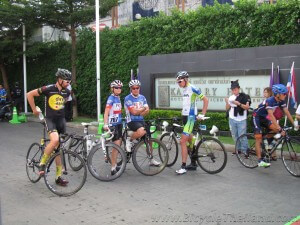 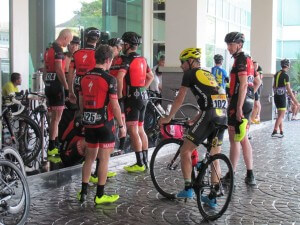 The King Of the Mountain award was given to the first rider in every category who reached the top of stage four’s climb section, which started at the 88 kilometer point of the race. The KOM winner in each category would be awarded a special jersey and a five second bonus for topping the long but gradual climb of approximately six kilometers (5-6% gradient). The climb used for this year’s KOM competition was used previously in the 2011 edition of Tour of Friendship.

Download GPS of Tour of Friendship R1 2015 Stage 4. On all Tour of friendship stages rider categories are placed into three groups. In Group A are the Men Open and Juniors categories. In Group B are the Men 30-39 years, Men 50-59 years, and Men Master categories. In Group C are the Men 40-49 years and Ladies categories. Stage 4 started from the Kantary Kabinburi Hotel location with Group A being released at 8am. Seems as though a few individuals felt like today’s stage was the one to go out early on, possibly in hopes of moving up in GC or maybe just to have a chance to pull on the coveted polka dot Jersey at the end of the day.

Champion System’s rider #117 set himself up with a solo breakaway within the first ten kilometers, establishing an 100 meter gap between himself and the main group. Several individual attempts off the front managed to swell the breakaway group to three and eventually four riders who were maintaining a 300 meter gap on the main field at the twenty kilometer point. The route left the main highway and entered a small country road (with a pace slowing railway crossing) at the 24 kilometer mark. Riders were treated to well paved country roads with plenty of twists, turns, and scenery for the next 35 kilometers in which rider #117 rejoined the group, leaving three in the out-of-sight breakaway. The main peloton progressed back out onto a main highway, got its first look at the breakaway group in a long time, and turned up the speed. One rider (#118) was able to join the breakaway group of three. As the main group slowed for a U-turn the lead group of four was already making its way down the other side of the highway, trying to improve on its 300 meter gap. 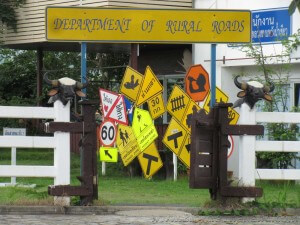 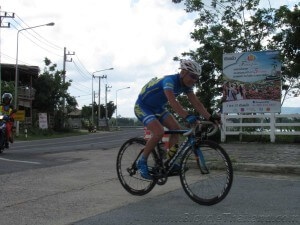 By the 83 kilometer there were two groups out front of the main peloton, the breakaway group of four (#202, 203, 118, and 120) and another smaller group of two riders (#143 and ???) putting in a strong effort before the upcoming climb. Rider #115 had an untimely flat tire just before the start of the KOM climb and the two small groups that had stayed away for most of the day were reshuffled into the main field as the climbers surged forward. The KOM competition climb started near the 88 kilometer point of the day’s race and, as expected, saw some riders going up with gusto for the KOM win while other riders who were more keen to finish the entire stage strong settled in to their own pace and chewed away at the pedals. Less than ten kilometers past the KOM finish point meant the end of the stage for four of the seven categories competing, while the Men Open, Men 30-39 years, and Men 40-49 years categories would mash out another thirty kilometers and complete a U-turn in front of the Department of Rural Roads Wangnam Khieow district office before being done with the day’s stage.

At the finish line location, competitors and support crews ate lunch and enjoyed the area’s beautiful natural surroundings. Riders were transported back to Kantary Kabinburi Hotel just as an afternoon rain shower began.

Top 3 places in each category for Stage 4: 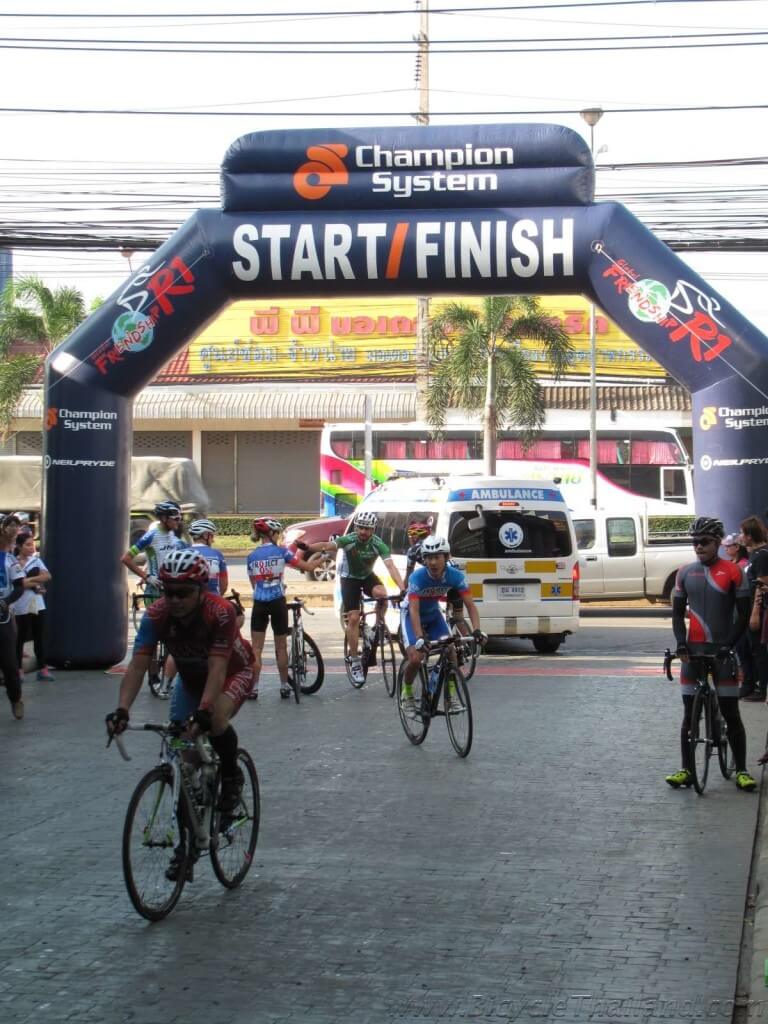 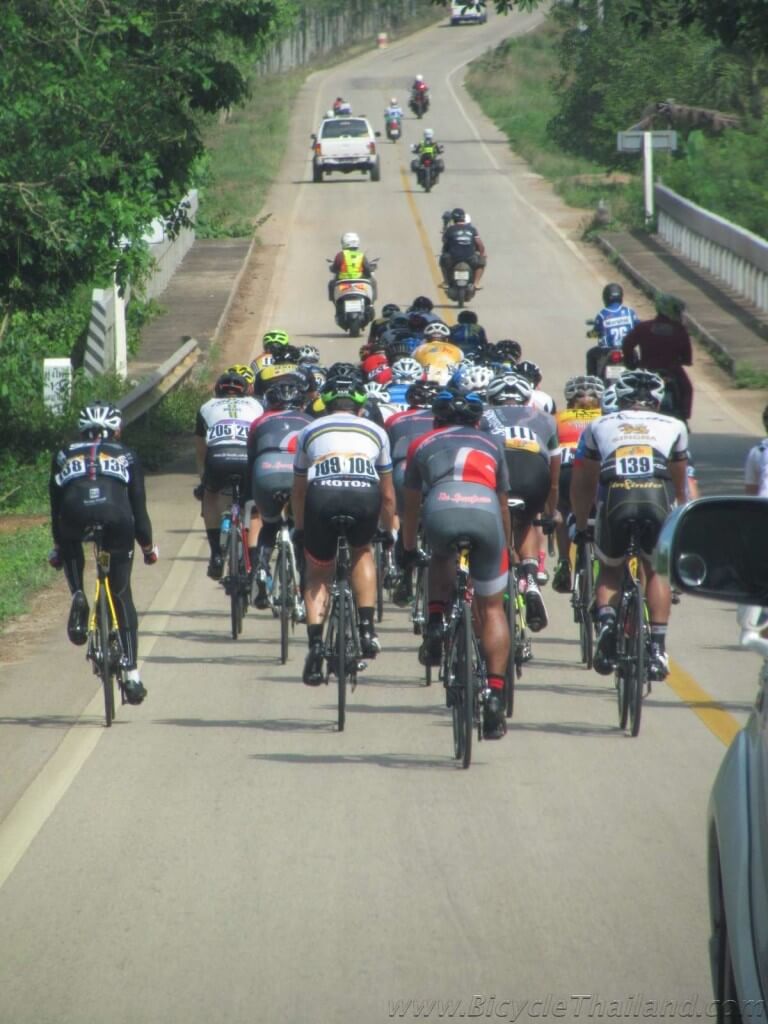 The Tour of Friendship R1 2015 will finish with Wednesday’s Stage 5, when all categories will complete an 85 kilometer route. Read STAGE 5 report here.