Top
You are here: Home / News / Thailand’s ‘No One Left Behind’ Team: Volunteer cyclists and disabled people riding bicycles together 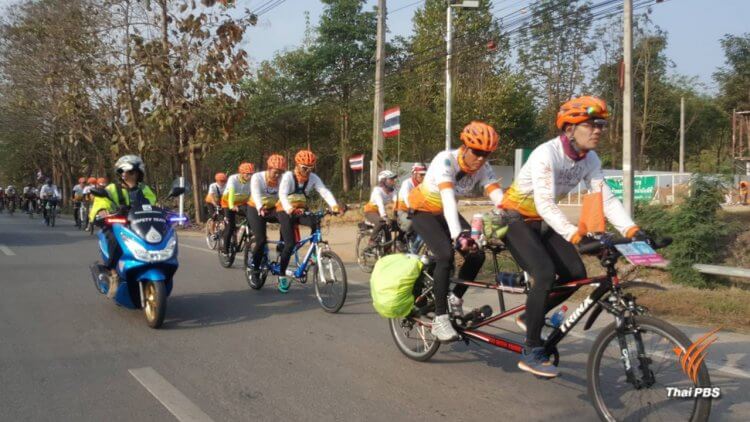 “No one left behind” cycling project was a long distance cycling project created by a group of volunteer cyclists and disabled people riding bicycles together. The start point was Uttaradit city center and the finish point was Phrae province, for a total distance of 73.7 km. The staff team was well prepared for this project because everyone was involved and had practiced many climbs before attempting this route. 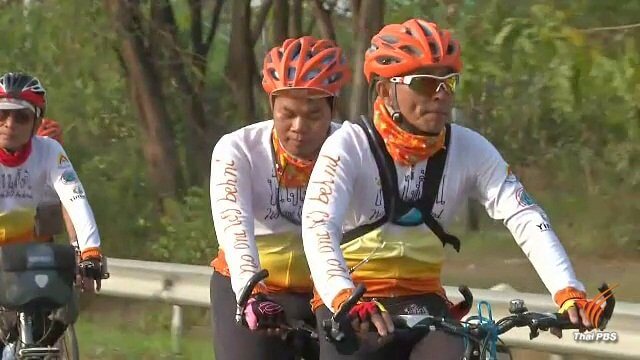 The 2nd February was the 6th day of the “No one left behind” cycling project that started from Phraya Pichai Dabhak Monument, Uttaradit City Hall. The participants rode around the city to campaign the rights of disabled people before they departed for Phrae province. 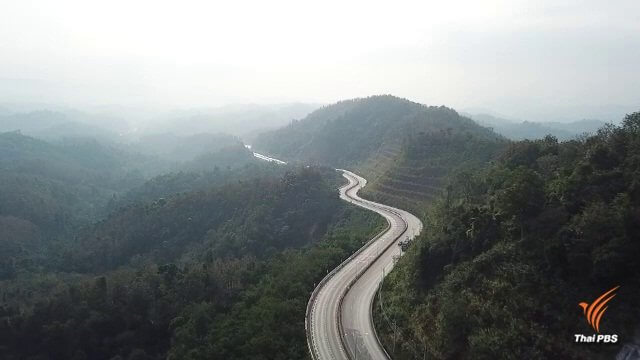 Everyone in the team had to climb Phlung mountain เขาพลึง route, in the Den Chai district before proceeding to Phrae province. The route includes a continuous climb of 6.4 kilometers. It was the most difficult route for that day. However, everyone made a good plan together to complete this route and to be safe in the traffic.

Their plan was to let the stronger riders lead in the front of the team, allow bicycles to begin the climb one by one, and to limit the speed on the downhill portion to 40 km/h while ensuring all riders hands remained on the handlebars at all times. 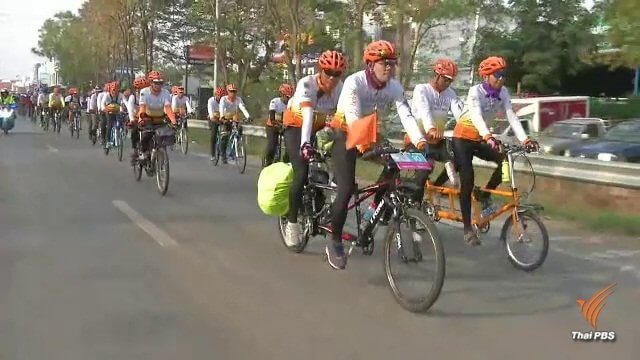