Top
You are here: Home / News / Riders are the only losers when National federations fail to adhere to UCI standards

I wouldn’t want to be in Brian Cookson’s hot seat. Given cultural differences and varying social expectations throughout the world his job seems nigh on impossible.

The UCI website tells us that: “The Union Cycliste Internationale (UCI)’s commitment is to lead the development of cycling as a competitive sport and activity in all its forms, across the world”. As a former company CEO I would observe that such a laudable aim requires all participants to do more than buy in to a shared vision – their management of the vision has to be done in a transparent and equitable manner.

The recent exposure of Russia’s alleged complicity in what has been claimed as downright cheating within athletics should set alarm bells ringing in the world cycling headquarters at Aigle. Indeed 92% of 1,100 respondents in a recent Cycling News poll believed that WADA should investigate Russian cycling. According to WADA’s report the testing laboratory was open to corruption with positives being declared negative once the required amount of cash had been paid.

And here we get to the core of the problem – not only in Russia but also in many countries. Here I am more concerned about the implementation of UCI regulations than the use of peds. In it’s mission statement for the development of world cycling the UCI under the subhead Ethics asks for: “A clean sport, administered with the highest standards of governance”.

This raises the question that given the different politics, culture and social norms of all 180 participating countries is this a realistic expectation? Is the UCI doing enough to ensure that there is good governance in the Federations that have signed up to it’s Constitution? There’s a clue here: Brian Cookson has said that they don’t interfere in how the Thai Cycling Association runs it’s affairs and the UCI have refused to answer letters pointing out how the Thais are contravening the UCI Constitution.

I am sure that this is a global problem not limited to Thailand. My experience is of Thailand because that’s where I live, cycle and, until recently, coached. It may inform us as to what may be happening elsewhere in the world. Looking at Article 6 of the UCI Constitution I am reminded that: “As members, the federations shall comply with the Constitution and Regulations of the UCI. . . . .” Do the Thais do this? 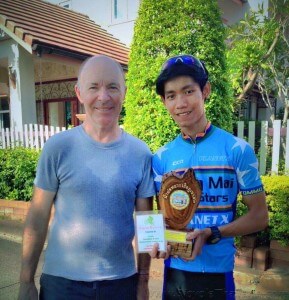 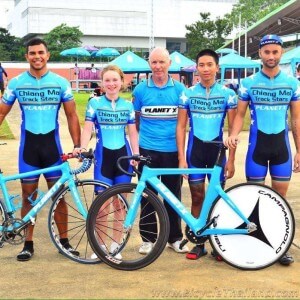 In my experience as a coach and rider here for the past few years the answer is ‘Not at all’. When I went to renew my race licence this year my application was conveniently ‘lost’. I then found that the TCA had decided to charge a fee to foreigners that is 5 times that paid by a Thai. Given the fact that expats in whatever country are obliged to obtain their licences from their host country’s federation I felt that this was discriminatory. My pleadings to the UCI and Brian Cookson were casually dismissed until my lawyer persuaded them to write to the Thais. I got a licence soon after at the Thai rate but many other riders have been denied.

This led me to look at other compliance issues and I learnt that some riders, who have been getting their licences from Thailand for years, were denied on the basis that they had no proof of residence when it had been supplied. Riders who in the past had performed consistently highly in national time trials were given times that bore no relation to their performance. On one occasion overseas riders gaining UCI points in a Thai event disappeared from the result sheets. Thai riders, who had not placed, were awarded these points. 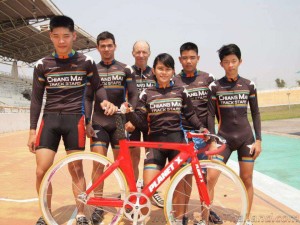 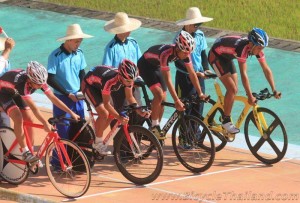 My team abandoned travelling to Bangkok for major track meetings when we saw riders ‘racing’ following team orders under the very noses of the commissaires. UCI track regulations outlaw collusion but here it happens at every meeting. Overseas riders who entered events in advance were missed from start sheets. Riders are also arbitrarily banned from events that do not seek TCA approval. The recent Bangkok fixie criterium (the TCA had demanded 50,000 baht from the organisers) resulted in at least one top Thai rider being banned for two years without so much as a hearing.

I withdrew from coaching whilst preparing 14/15-year-old riders for the national games. I learnt that their events had been upped to the Junior distances: 1km not 500, 3000m not 2000 and the sting in the tail: A 72-lap scratch on a 333 metre outdoor velodrome during the heat of the day. They were expected to do these events on gears that went beyond the recommendation for riders of this age. 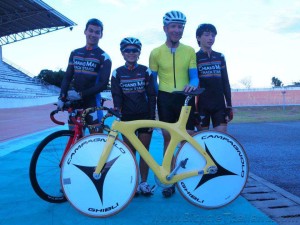 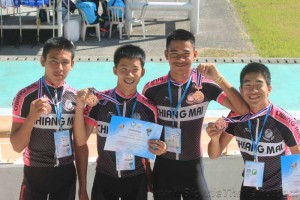 Thailand is not the only country well known for its corruption, lack of democracy and an ability to taking being disingenuous to new levels. I fear for what happens in other countries and that’s why I believe Brian Cookson has the hardest job in cycling with little hope of accomplishing it’s stated mission on a global basis. When national federations do not comply, it is the riders who are damaged and that’s what I see here all the time.

Youth A riders can not be expected to compete in events which are only for older Juniors. Youth A riders are still developing and their muscles are growing. To push them too much hinders their development and damages their growth. I do wish that Thailand would follow the UCI rules and the established model for good practice with young riders. I hope one day the Thai Cyclng Association will have a development programme to prepare young kids for the future, not just for next week.