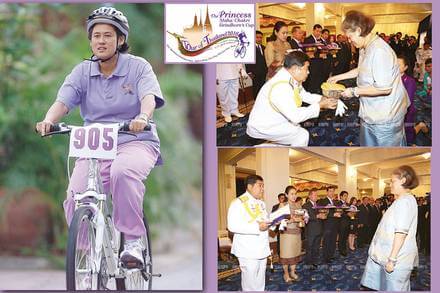 Once again, the month of April will see international and Thai riders participating in the Princess Maha Chakri Sirindhorn’s Cup Tour of Thailand 2016. This year’s race will be held in the northeastern provinces of Thailand. The race, which is ranked a 2.2 event by the UCI, is held every year in April and is named in honor of HRH Princess Sirindhorn, who was born on April 2nd.

The Sports Association of Thailand, together with the Ministry of Interior, Ministry of Defense,and  the National Police Agencies of the northeastern provinces hosting this year’s race have organized a 6-day race for Men and a 3-day race for Women. Thirty international teams are expected to participate along with five teams from Thailand.

Upon completion of each day’s race, a gift of bicycles for underprivileged school children will be donated to the provincial governor by the Sports Association of Thailand. 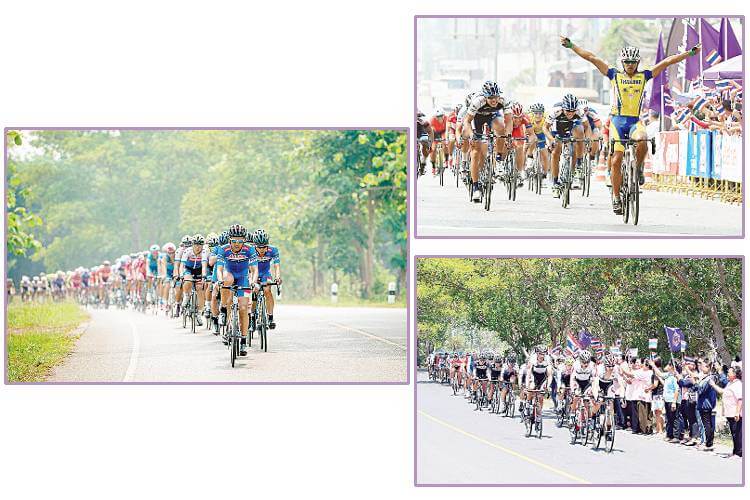 The 2016 Men’s race will be held from the 1st of April until the 6th. Stages are as follows:

Stage 3 on April 3 – Starts at 09.00 am. Rolling start from the Government offices of Sakon Nakhon province. The total distance is 194 km. Sakon Nakhon – Bueng Kan

The 2016 Women’s race will be held from the 8th of April until the 10th. Stages are as follows:

Stage 3 is the last day on April 10 – Starts at 09.00 am. Rolling start from city center of Nong Khai. The finish line at Thung Si Muang, Udon Thani. The total distance is 70 km.

This race has been made possible by the cooperation from the governor of each province, the Sports Association of Thailand, Ministry of Interior and Ministry of Defense, local government, police, merchants, and volunteers.

Read more about the Princess Maha Chakri Sirindhorn’s Cup Tour of Thailand at these links: