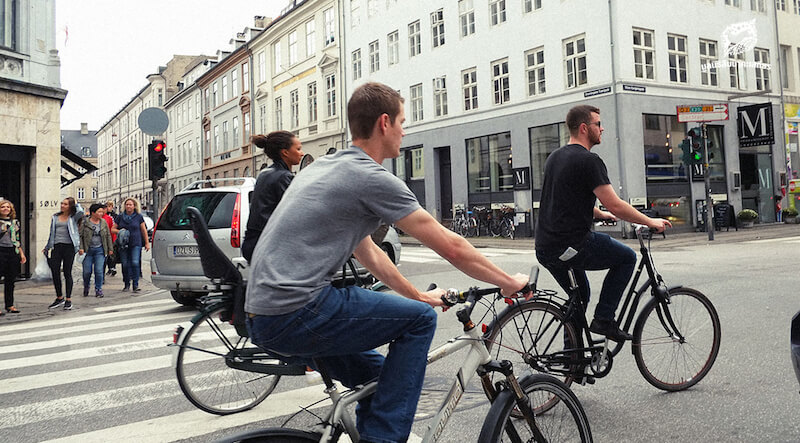 Norway is trying to reduce the number of cars on the road by 2030. The Norwegian government intends to reduce the growth rate of car usage while the growth rate of the population is higher and continually growing. They want Oslo city centre to be the car-free area in the next 3 years, so they plan to build bicycle lanes and bicycle expressway for the budget of 1,000 million USD.

This bicycle expressway will connect with 9 suburban zone areas to travel to Oslo city centre. They plan to build the route as convenient as possible and the cyclists can do speeds up to 25 mph or 40 kph.

“Bicycle expressway will become an exciting choice for people who live in suburban zone areas and groups of people who plan to use their bicycles instead of cars.” Marit Espeland, national cycling network coordinator of Department of Highways, Norway gave an interview.

Nowadays, Norway is different than its neighbors Denmark and Sweden in terms of there growth rate of bicycle usage is quite low, especially in the city centre. It is because the Norwegian community is scattered and the culture is quite different in each area.

Mrs. Espeland explained that “Most Norwegian people use bicycles for sports and recreation rather than use for going to work or school. However, building better bicycle lanes will make most people feel safer. It will influence them to use bicycles instead of cars.”

The new bicycle expressway project is one of the bigest projects in Norway. They believe that once this project is completed it will possibly make all transportations in the country become free-carbon dioxide in 2030. They also plan to reduce the greenhouse gas emissions for 40% in 2030 and plan to become a carbon neutral country in 2050.

Most electricity generations in Norway produce from the hydroelectric power plants, however most Carbon Dioxide occurs from cars and transportations.

They plan that the public transportations in Norway will not use fossil fuels in the next 5 years as they have started to use the electric buses and electric boats since 2015. They also plan that the taxi cars will not release Carbon Dioxide in 2022.

Norway is the biggest electric car market in the world. It is because there are tax reduction measures and privileges for electric car users such as the right to drive on the public transportation lanes.

In conclusion, Norway believes that bicycles and the better public transportations will reduce the motivation of using cars. It will also help the country to achieve half of the greenhouse gas emissions reduction plans.