Top
You are here: Home / News / How will Thailand and its Big Cities Deal with Increase in Cyclists? 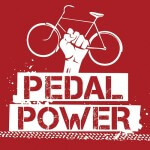 TED Talks has an amazing collection of videos about cycling and its impact upon our lives, our communities, and our world. The idea that cycling is beneficial not only in your own life but also the community in which you live is an idea worth spreading, especially here in Thailand where cycling is currently experiencing a boom in popularity on many levels.

I selected a few videos with a focus on cycling that I have enjoyed watching over the past year. These 9 videos are my personal favorites about the subject of cycling. Each video has a different theme, from personal passion to infrastructure and city planning, but the underlying message is consistent throughout… get out and ride!

Thailand has a long way to go in its big cities if it ever plans to adopt the concept that these places are built for people, rather than cars and motorbikes. I’ve personally observed some smaller towns in Thailand with a strong cycling culture, but honestly fear for the future when these places get bigger and are subsequently consumed by the traffic woes seen elsewhere in the country.

I hope that the growing number of Thai cyclists will help to shape the future of the country’s towns and cities over the next 20 years. To accomplish this these cyclists need inspiration, a reassurance that the task at hand is possible, to know that others have succeeded under similar circumstances. I would love to see the day when Bangkok is lauded as a bicycle friendly city, but I sometimes think the only way that will ever happen is when the city streets are brought to a standstill with 8 hours of gridlocked traffic a day… maybe that’s not so far off. But alas, we cyclists need to stand ready with the answer, and for the time being give heed to the call of a new kind of revolution… a velorution.

Watch the videos, be inspired, and get involved in your cycling community, but most of all… Get out and ride!

Bicycle Culture by Design – The focus on re-establishing more liveable cities continues unabated. The primary problem however is that 85 years of traffic engineering revolving around the car has failed miserably. It’s time for modern thinking. Design can help. Historically, streets were human spaces. Let’s design our cities like we design toasters or smartphones, following the desire lines of our citizens. Using basic design principles instead of engineering is the surest route to developing thriving, human cities.

Why We Shouldn’t Bike with a Helmet – Copenhagen’s bicycle ambassador talks about how important the bicycle is for liveable cities and how bicycle helmets are threatening bicycle culture.

The Bicycle – Samantha Ollinger is the Executive Director of BikeSD, Inc, a San Diego based bike advocacy group that is specifically engaged in the political process. The organization works to engage San Diegans around a very humble, elegant and efficient machine: the bicycle. With BikeSD’s efforts, San Diego is gearing up to become the world’s best city for bicycling. Ollinger founded BikeSD as a non-profit to set the terms of what bicycle advocacy means in the new millennium. The focus of her talk will be about how the human design of our current urban environment has affected human psyche negatively and our lack of attention to phenomenology in designing our transportation network has caused all sorts of preventable problems. The bicycle is the magic elixir that will inject life back into our cities.

Bicycling Helps Us Care About Our Communities – Jim is a longtime Sacramentan and a writer-editor who works for the California Bicycle Coalition and Sacramento Area Bicycle Advocates.

Bicycling For Life – Cycling enthusiast Mark Martin argues for enhanced understanding of the multiple ways bicycling can generate positive change in our world.

What if we made bicycling an easy choice? – Dorian Grilley is executive director of the Bicycle Alliance of Minnesota, an education, promotion and advocacy nonprofit. Previously he worked for the Parks & Trails Council of Minnesota and the Minnesota DNR. He serves on the board of the Alliance for Biking and Walking in Washington, D.C. He commuted by bicycle 25–30 miles daily for 25 years, raced for 10+ years and still rides a lot. He did his undergraduate work at the University of Minnesota Twin Cities and graduate school at the University of Wisconsin-Madison. He and his family have lived in Mahtomedi for more than 20 years.

Bicycling more and driving less is a simple solution to some of our society’s most complex problems. Dorian will discuss why bicycling is not seen as the easy choice for short trips, why it should be and what can we do to change that in Mahtomedi.

What Would You Do if You Were Not Afraid? – Nancy Sathre-Vogel is the mother to Family on Bikes. After 21 years of classroom teaching, she and her husband decided life was too short to live the life of others. The family of four began a 17,300 mile bicycle journey from Alaska to Argentina which spanned nearly three years and fifteen countries.