The field set a frenetic pace from the start of the 105.5-kilometre Stage 6, also the shortest stage of the race. Riding at an overall pace of almost 50 km/h, Lee Ki Suk of CCN Cycling Team edged three other cyclists across the finish line in a time of 2:07:12 to win the stage. Goh, the lone remaining Singaporean in the field, was credited with a time of 2:07:29 for 19th place in the stage.

This is the second straight year Loh has excelled at the Tour of Thailand. Last year, the 26-year-old Malaysian finished in eighth place in the General Classification.

The OCBC Singapore Pro Cycling Team next travels to the Philippines to compete in Le Tour de Filipinas, which runs from Saturday, 13 April, to Tuesday, 16 April. 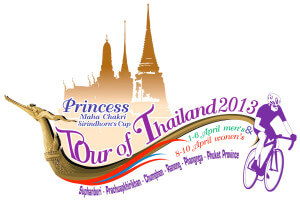 The Women’s Tour of Thailand will be held from 8-10 April 2013 with three stage in the route of Phuket- Phangnga – Phuket.