For the second straight day, Loh joined a breakaway, this one consisting of 15 riders who pulled away from the rest of the field 60 kilometres into the 112-kilometre stage. The breakaway dangled about a minute ahead of the peloton, or the main group of cyclists, until Loh made a late dash close to the finish to take the win.

“I couldn’t believe it until I crossed the line,” said the 26-year-old Malaysian. “With just 2 kilometres to go, I saw that everyone left was playing games, so I just decided to go for it. In the final kilometre, I put my head down and gave it all I got.”

Tuesday’s stage win also represents Loh’s most significant single-day result during his stint with the OCBC Singapore Pro Cycling Team. He has come close to victory in the General Classification at previous UCI races, finishing second overall at the Tour de Filipinas and eighth overall at the Tour of Thailand last year.

The win builds on team’s strong start to the season and cements its status as one of top Continental teams in the region. During last month’s Le Tour de Langkawi in Malaysia, Asia’s most prestigious cycling race, riders from the team were part of the breakaway in six of the 10 stages and attracted the attention of not just their peers but several international cycling media.

“What a great win today,” said Justin Cheong, team manager for the OCBC Singapore Pro Cycling Team. “The team is steadily building a reputation for itself as a key player in the regional cycling scene. We are hopeful and confident of even bigger things to come.”

They will try to sustain the team’s momentum in Wednesday’s Stage 3, a 190.5km stage that begins in Prachuap Khiri Khan and concludes in Chumporn. 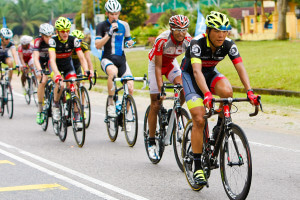 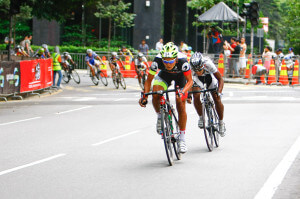 Stage 2 Tour of Thailand – Phuchong Sai-Udomsil, the number one rider of Thailand, overcome the heat wave of the daytime Tuesday to take the BEST ASEAN RIDER AWARD of the second stage for the international cycling race “Princess Maha Chakri Sirindhorn’s Cup Tour of Thailand 2013.

Phuchong, 25, Air Sergeant from the Royal Air Force, has finished this stage with the sixth place with The time of 2.29.26 hours with the distance of 112 kilometers from Hua Hin City to Prachuap Kirikhan province. Phuchong will wear the blue jersey.

As the winner of the stage is LOH Sea Keong of Willier Singapore Team from Singapore with 2.29.24 hours. While the leader by points and by times is the same person : Aziz Mohd Saiful Anuar from Terengganu Cycling Team of Malaysia but he will wear the yellow jersey to lead the third stage.

The stage 3 Wednesday from Prachuap KririKhan province to Chumphon with 190.5 kilometers will start at 09.00 am. In front of Prachuap Kririkhan Municipality.