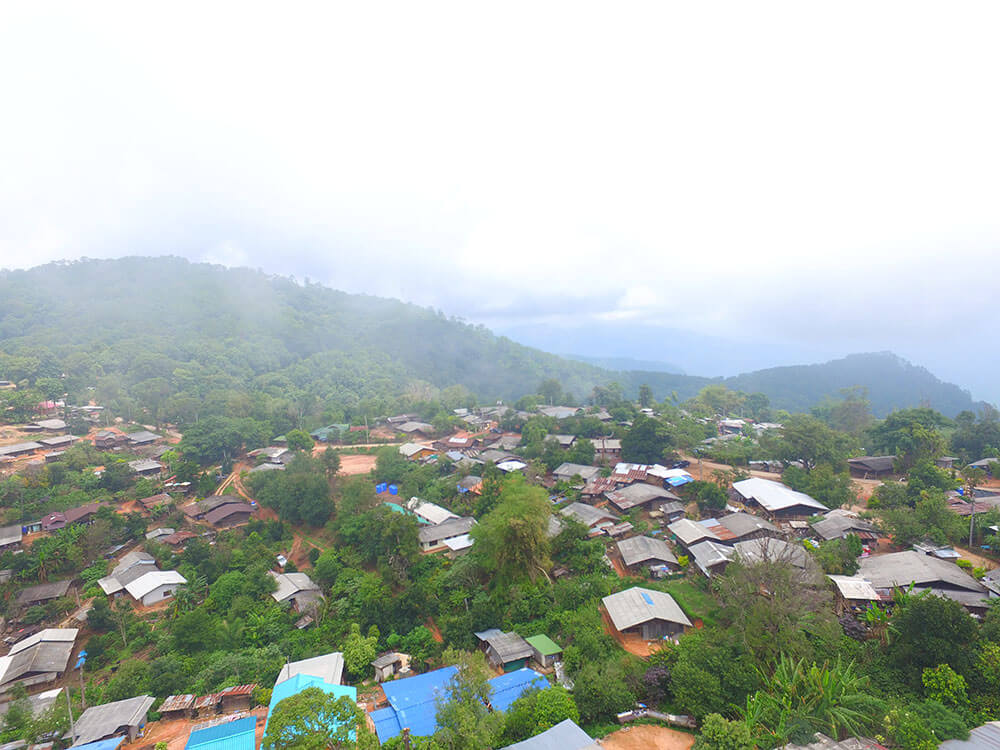 Welcome to Doi Suthep-Pui National Park, and Ban Khun Chang Khian village, a Hmong tribe village located in the heart of the national park. In this blog we are going to look at a little of the history of the mountain, the people who live within the national park, activities in the park and what the residents do for employment.

The area forms part of the Thanon Thong Chai Range which stretches through several Thai provinces and includes Thailand’s tallest peak, Doi Inthanon at 2,565 metres tall. The highest point within Doi Suthep-Pui is 1685m which maintains a cool climate year round with average temperatures of 20-23 degrees °C. During the winter months of November – Jan the temperature can drop as low as 6 °C. The park consists of varying forest types, from evergreen forests at higher altitudes to deciduous forest, generally below 1000m. Whilst animal species have suffered from centuries of hunting, there are still species such as the common muntjac, boar and over 300 species of bird.

There are several Hmong tribe villages located within the park, notably Baan Hmong, Ban Khun Chang Khian which is featured in the video, and Mae Sa Mai. The Hmong people originally migrated from China and Myanmar to escape war and persecution and along with many other tribes such as Yao, Lahu, Lisu, Karen and Akha settled all over Northern Thailand including Doi Suthep-Pui. 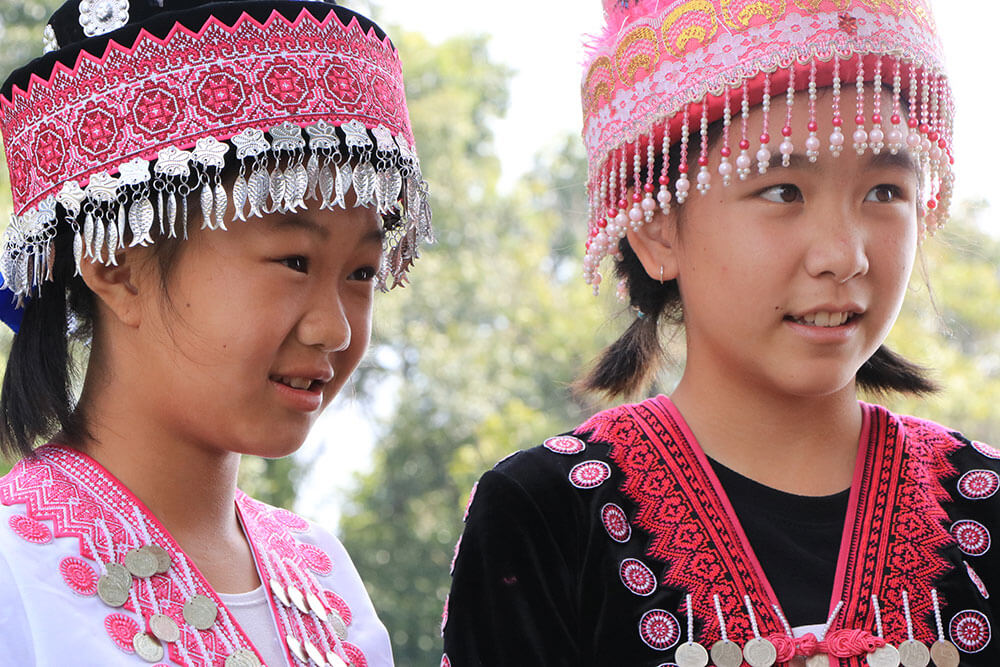 During the 1950’s opium started becoming an important cash crop for the Hmong people, and fueled by the Vietnam war the demand grew quickly up into the 1970’s despite it becoming illegal to cultivate opium in 1959. The Hmong villages within Doi Suthep-Pui were at a geographic advantage as opium thrived at this higher altitude and traders would go direct to the villages to buy opium. The 1960’s was a period of turmoil with drug wars breaking out between various factions looking to control the opium trade, namely between the United Shan State Army of Khun Sa and the Chinese KMT army.

The turning point came in 1969 when his Majesty King Bhumibol Adulyadej visited the Hmong communities and initiated a project to help eradicate the production of opium and instead turn to other cash crops including fruit, vegetables, tea and coffee. This marked the start of the Royal Project, an initiative that can be seen all over Northern Thailand today and is considered one of his majesties lasting legacies.

Today Doi Suthep-Pui is very popular among tourists and locals with a wide variety of activities on offer. Many people take advantage of the wonderful scenery, forest trails and nature situated so close to Chiang Mai city. Wat Phra That Doi Suthep is the most visited attraction within the park, which is said to have been founded in 1383. Other popular attractions are Bhuping palace and Huay Keaw waterfall as well as the Hmong villages mentioned above. 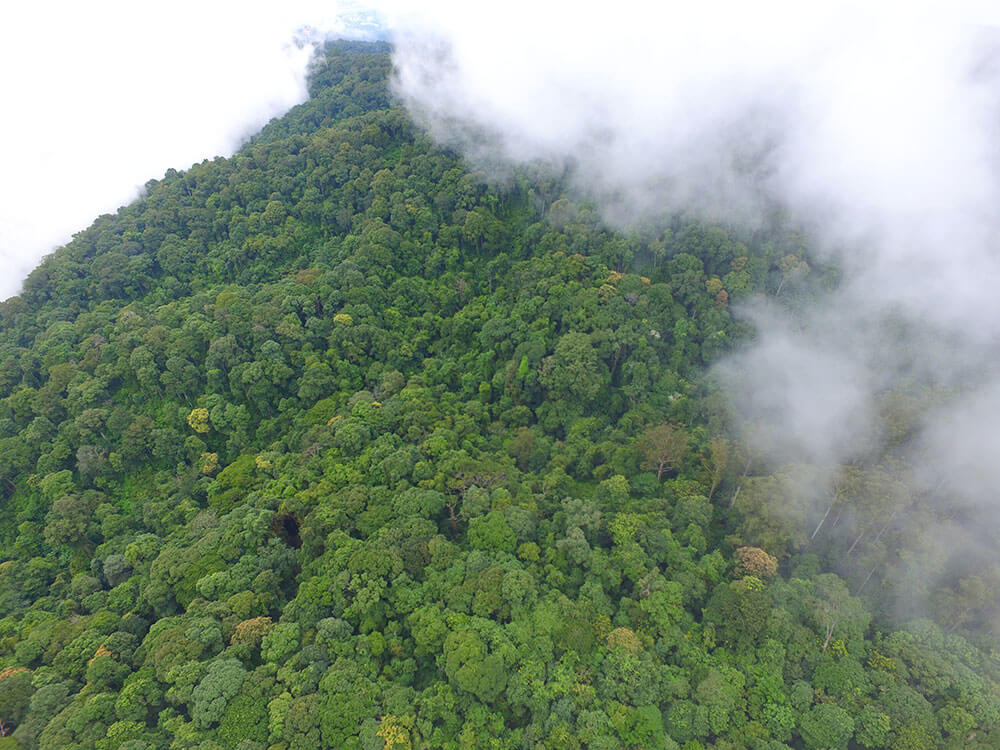 The National Park is a haven for runners, hikers and mountain bikers who enjoy the the myriad of trails on the mountain, many of which were used for the transportation of opium in previous decades. These days they provide the perfect opportunity to get out of the city and enjoy the countryside. As seen in the video, there is a hiking trail next to the campsite towards the summit of Doi Suthep-Pui National Park which is approx 1.6km in length to the summit. The area is important for a number of species of flora and fauna due to the unique climate, and for bird lovers there is a small bird watching station along the trail. The ridge towards the summit has become a popular selfie area, with expansive panoramic views and steep drops on both sides. The viewpoint is certainly worth the effort and it is just a short hike from the ridge to the official summit at 1655m.

As well as hiking, the popularity of mountain biking in has grown in recent years, and along with this Chiang Mai has developed into the hub of South East-Asian mountain biking, attracting riders from all over the world to try the long, technical trails, warm hospitality of the locals and unique culture.

There is a strong sense of pride and togetherness within the Chiang Mai mountain biking community, with a deep respect of the National Park and along with this there are many mutual benefits between the National Park and cycling community. For one, Chiang Mai draws in visitors from all over the world specifically for mountain biking within Doi Suthep-Pui National Park, this not only benefits the local economy – whether it be a guesthouse, hotel, restaurant or local transportation, it also benefits the park through additional park fees paid for by the mountain bikers.

Village coffee shops and restaurants benefit as a welcome break in the refreshing cool environment on top of Doi Pui is on the agenda for almost every biker. There are numerous places to take a break, with Chan Khian being the most popular rest point as it marks the trailhead for several trails. Owners of these shops always greet riders with a smile and are on first name terms with many of the riders.

As mentioned in the video, coffee is an important crop for the residents of Ban Khun Chang Khian village, with almost every household involved in the production of coffee. Chiang Mai University has a research station nearby, and there are various experts involved in the development of the crop. Check out the video to learn a little more about how coffee has become the main source of revenue in the village.

As well as the benefits from cycling in general, communities such as Ban Khun Chang also benefit from events such as the International Chiang Mai Enduro as a contribution is made each year to support the village, these contributions of course come from the fees paid by participants meaning that indirectly people from all over the world are supporting the National Park and communities that live within the park. Furthermore, residents of Chan Kian village help with the trail building for the International Chiang Mai Enduro and receive payment for every day they work, providing another important source of income as well as much needed help keeping the trails well maintained.

2019-2020 will see this cooperation between mountain bikers, the National Park and local communities expanded upon even more through specific projects which include a tree planting project and litter picking events. This harmonious relationship makes Chiang Mai unique and is part of what makes the region among the favorite mountain biking destinations for people the world over.

Don’t forget to spend some time exploring the village during your stay in Chiang Mai, many of the residents speak English and are keen to engage with foreigners. There are numerous coffee shops and trinket stalls dotted around and you can also pay the school coffee shop a visit, which as shown the video allows the students a chance to practice their coffee making skills whilst you admire the amazing views of Chiang Mai in the distance.