Top
You are here: Home / How to / Confusion over Nok Airlines Policy for Bicycles 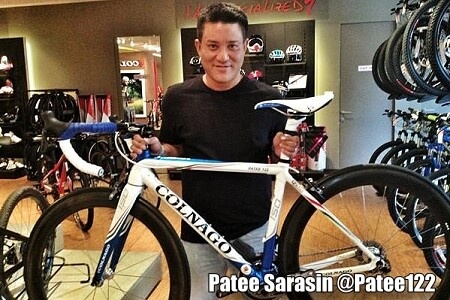 A couple of weeks ago, I blogged a conversation I had with @Patee122, the CEO for Nok Airlines (see Nok Air to Allow Bicycles to Fly for Free). He basically said that in the interest of eco tourism, that starting from 1st November 2012, his airline would waive the 200 Baht handling fee for taking bicycles on Nok Air. He also said that there would be no need to box the bicycle though the tyres would need to be deflated. Then came the news this afternoon that @Dave_Lonsdale tried to take advantage of this special offer but Nok Air staff didn’t know anything about it.

One of the best things about social media is that these days you can take your complaint straight to the top. In this case @Dave_Lonsdale tweeted @Patee122 asking for a clarification. It turns out that not only did Nok Air wanted to charge him 200 Baht, but they told him he could only take a foldable bike. On top of this was added the news that the bicycle had to be boxed.  It sounded a bit like the right hand doesn’t know what the left hand is doing. To his credit,  @Patee122 said he will work out a solution as soon as possible. At the moment he is in the UK.

So, it looks like there won’t be a charge for your bicycle but you might need to box it up first. As he said to me on Twitter, “we decided to get the bike boxed up because there is a chance that expensive bikes could be damaged and we don’t want that”. Hopefully this time he will send out a proper press release instead of just tweeting the news. I know some people had booked flights with their bicycle based on what he said last month on Twitter. Like @8td who is now worried: “Please sort it out. I already booked a Nok Air return flight after my bike ride to Chiang Mai in Dec.!”

If I hear any more news I will update here.