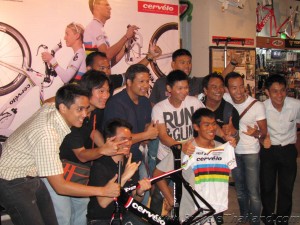 As Cervelo bicycles dominate the stages of this year’s Tour de France the company has taken steps to ensure itself another type of victory, this time by reaching its brand enthusiasts living in Thailand. On Tuesday, July 19th, Bike Zone bicycle shop in Bangkok hosted a reception party for media and invitees to announce the launch of Cervelo brand bicycles in Thailand. The affair was held at the Bike Zone shop, located inside the Outdoor Unlimited area of Amarin Plaza. On hand to answer questions and to announce Bike Zone as an authorized dealer of the Cervelo brand in Thailand was Alex Bok, founder of The Bike Boutique and manager of Team TBB.

The Cervelo brand lineup includes the S, R and P series of bicycles. The P series is purpose built for triathlon and time trial applications and has gained victories and accolades amongst Ironman competitors. The R series represents the brand’s commitment to road racing, fulfilling the needs of enthusiasts and professionals alike. The S series is the culmination of Cervelo’s passion for combining the strength, stiffness, and comfort of their R series road bikes with the wind-cheating properties of their P series aero frames. The result is a carbon aero road bike that has been engineered to excel in every situation: climbing, descending, cornering and sprinting. The Cervelo presentation team stated that, “It is these qualities that have prompted other manufacturers to mimic many of Cervelo’s innovations and designs over the years.” 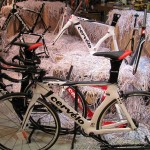 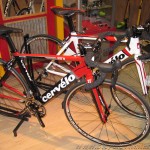 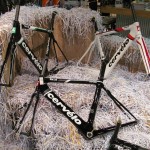 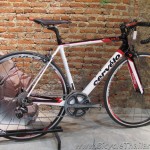 The launch party and product presentation was an informal event. Guests registered for the event and were treated to drinks, hors d’oeuvres, and prize giveaways. All of the S, R, and P series bicycles were on display with the exception of Cervelo’s latest creation, the S5. The S5 is the bicycle currently being ridden by Team Garmin-Cervelo world champion Thor Hushovd, who to date has three stage wins (4th, 13th, and 16th) and an impressive seven days in the Maillot Jaune. The S5 is meant to replace the S3 in the model lineup and should be available in Thailand later this year.