Top
You are here: Home / How to / Bike for Your Life: How to Survive Biking Bangkok

Hopping on a bike in Bangkok doesn’t happen without a conscious or sub-conscious acceptance of the risk involved when making your way to such dangerous locations as the next 7-Eleven. Weather aside, concerns about safety are the chief obstacle for most people considering switching to pedal-powered transportation alternatives. With some preparation though, bikers can significantly reduce the risks while still taking full advantage of the benefits biking offers. 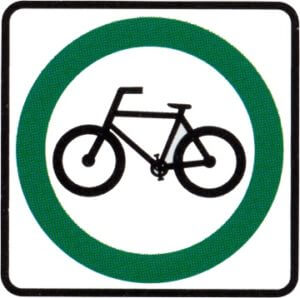 Why Bike in the First Place

Bangkok certainly doesn’t have an especially bike-friendly reputation. However, there are certain upsides (which often, admittedly, are just downsides of all the other options), that can make biking the first choice when getting around the city. Until Elon Musk provides us with emission-free, self-driving cars that burn the calories we drank last night, there are some undeniable upsides even for the most reluctant riders.

Bangkok traffic is not the worst in the world – it is, in fact, only the second worst. During rush hour, you can easily spend 1.5-2 hours for a distance you can cover in 30 minutes on your bike. A lot has to come together for any biker to get held up in traffic on even the most congested roads.

Biking is cheaper than commuting

Setting up a brand new mountain bike sets you back around THB 12,000 for a popular model. Second-hand ones are available for considerably less. If you want accessories such as flashlight, bike stand, helmet and gloves, prepare to spend an extra THB 3,000. Yearly maintenance, which includes changing chains, upgrading tires, buying flashlight batteries and lubricant, plus service fees could total up to THB 2,000. If you think that’s too much, think about the gym fees you’ll be saving. Commuting, by contrast, often costs you the same – except it’s on a yearly basis.

Biking is good for the environment

Biking doesn’t contribute to emissions, which is excellent news for the environment. What is some mental anguish over the possibility of a broken limb when cycling literally saves the planet? But that’s not all there is to say in favor of the leg-powered traffic jam alternative.

What it comes down to, is that biking is simply faster than cabs, cheaper than moto-taxis and more comfortable than the often-cramped skytrain and subway at rush hour. 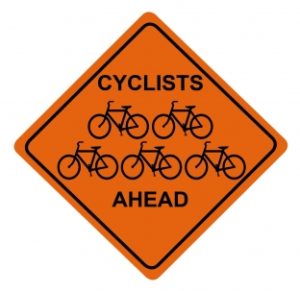 While there are some attractive benefits to owning and using a bike in Bangkok, there are threats that bicyclists ought to be aware of. From fixed obstacles to mankind itself, there are a lot of things to worry about while the wind is whisking through your hair (or beard).

Manhole covers are everywhere and they pose the greatest threat to bikers. They are hard to spot, particularly at night, and most of them are grates with vertical opening that are wide enough for most tires to get caught in. One way to deal with them are rims more than 1.5 inches in width.

Like the ubiquitous manhole covers, you can’t avoid motorcycles in Bangkok. Motorcycle tend to leave little margin of error, trusting on car drivers to watch out for them. Sometimes they forget that there’s other two-wheeled traffic participants that move decidedly slower. Whether for convenience or for kicks, some drive on the wrong side of the road even when driving across a bridge. Be sure to look in directions where technically there shouldn’t be anyone coming from. Be extra careful when biking close to motorcycle drivers not wearing a helmet, as they’re the ones with the greatest appetite for destruction.

The threat posed by taxis is not as great as the aforementioned two, but do watch out for them. Some taxi drivers have the notorious habit of haphazardly swerving to pick up passengers, cut you off and send you flying to the curb. As there are thousands of taxis plying the roads daily, you can’t always avoid the occasional swervers, but you can stay safe by keeping distance and looking ahead in the road to see if there are passengers who would hail the taxi, who would then cut you off from behind or from the side.

If the toxicity of the fumes doesn’t get you first, the sudden appearance of big burly buses in your path surely will. While buses are marginally more disciplined in picking up and dropping off passengers, some stop at areas where they are not supposed to. It is not always their fault, though. Bus drivers don’t exactly have the best vantage point in which to see bikers approaching from the side, much less, from the rear. If you feel like a bus is going to slow you down and block your path for long stretches of your ride, then by all means overtake, but do so only under truly compelling circumstances. It’s tempting, but always remember that your life is too precious.

A lot of pedestrians hold the belief that they have just as much right to use the roads as motorists, and they are entitled to cross it whenever they want to. Some pedestrians feel way too entitled. Try biking in certain residential areas and see if you can go without one unruly pedestrian who will block you off. While they don’t pose any serious threats, it will be in everyone’s interest that you proceed at a slower pace, to be safe.

Dogs are loyal, affectionate and obedient to their masters (on the off-chance they have one), but not so much to strangers on bikes. When you see one, keep your composure and try not to rattle them. If acting calm is not enough, make sure you have a weapon ready – nothing lethal, just a harmless water bottle that you could easily attach to your bike. No, you won’t be hurling the water bottle onto the dog, but instead use its content to scare them off a little bit so you could pass safely.

At night, when all of Bangkok is at peace, they come racing through the streets. If you’re out biking in an ungodly hour, be on alert for motorcycle racers also known as Van Boys. Unwitting bikers who ply the same roads that they do put themselves at a risk. You can prevent being attacked by not biking on streets that are notorious for illegal motorcycle racing, such as Rama 2 Road in the early morning hours, which is where they are often found.

Tricks and Tips to Stay Safe

The roads of Bangkok will never be completely rid of danger, so instead of bemoaning the constant presence of threats, bikers would be served well by following a regimen of safety.

Helmets, gloves and other protective gear can spell the difference between life and death when you’re biking in Bangkok. You could get into a collision with a motorbike taxi driver that could send you smashing onto the pavement, but with gloves on (and in certain circumstances, knee pads), you could save yourself from severe bruises, as certain bike gloves have protective cushion that acts as shock absorber. A helmet could soften the blow of a nasty collision and save you from major head injuries.

Just as having these lights will keep you safe while riding at night, you can also keep other people safe by not using front lights that are blindingly bright.

Avoid Main Roads at Day, But Use Them at Night

During the day, main roads are an unending mass of chaos and congestion. With that many vehicles on the road, the probability of getting into an accident, no matter how careful you are, increases. On the other hand, when you take the main roads at night your chances of bumping into trouble are reduced. Keep this in mind when considering better alternative routes in the future.

You shouldn’t be competing with the speed racers on the road, so stick to the slow lane. Even with the risk of having your tires caught in one of those pesky grates, the leftmost lane provides some guarantee that you wouldn’t get caught in between vehicles that are running anywhere between 40-120 km/h. While this does not guarantee that you’ll never meet with an accident, biking at a slower pace, stopping when the busses and taxis in front of you do, greatly reduces your risk.

If you’re biking not only for convenience but for more athletic reasons, you might want to check out Bangkok’s dedicated biking tracks. Even most of them are a bit out of town, the peace of mind (and keeping your body in one piece) can be worth the commute.

If you don’t mind a little overkill, always assume that every driver you meet on the road is a crazy person. That in itself is a crazy thing to say, but what a valuable lesson that turned out to be. When you think you’re dealing with people not of sound mind, you’re compelled to stay focused and act as if you’re the only sane person around. You might find that this also applies to when you’re biking in Bangkok.

Most motorists see bicyclists as an obstacle that must be dealt with through the sheer force and speed of their engine-driven vehicles. Accidents are inevitable and are most likely to happen in an encounter with another motorist. As long as you keep to a safe practice, your trusty two-wheeler can efficiently take you to places other than the emergency room of a hospital.