Top
You are here: Home / News / A Visit to Japan Reveals Why Thailand’s Acceptance of the Bicycle is Inevitable

The idea behind my trip – While I spend a significant part of the year cycling the roads and trails of Thailand I do occasionally take the opportunity to ride elsewhere in Asia. On my most recent trip I traveled to Japan in order to visit a few of Tokyo’s prominent bike shops and to get an overall feel for the level of bicycle culture in Japanese daily life. To even call it bicycle culture seems like a bit of a misnomer since nearly every Japanese person, from the young to the very old, have fully embraced the bicycle as a requisite tool of transportation and recreation. The bicycle is an integral part of Japanese culture itself. Japan’s widespread use and acceptance of bicycles is often overlooked by city planners and cycling advocates looking for examples to guide their own country’s cycling projects. In their effort to address the myriad problems posed by traffic patterns and congestion, these planners and advocates frequently cite statistics and enact policies that more closely resemble cities like Copenhagen and Amsterdam rather than Tokyo. During my trip, my plan was to ascertain how Japan, and more specifically its capital city of Tokyo, is able to successfully integrate bicycles. In addition, I wanted to provide an introductory amount of information about bicycling in Japan. 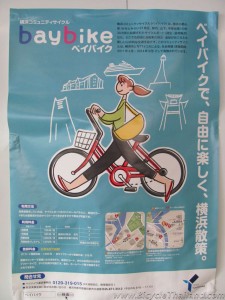 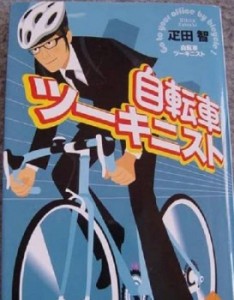 The bicycle vibe in Japan – Let me start off by saying that when you are in Japan you cannot help but notice that bicycles are simply EVERYWHERE. They are parked outside of stores, train stations, markets, apartment buildings and houses. They are leaned against fences, handrails, signposts and trees. They are featured in advertisements, posters, movies, books and magazines. And of course, they are being ridden; ridden by kids, students, moms, dads, businessmen in suits, grandmas and grandpas. Everybody rides in every type of weather, from bank presidents in overcoats to housewives in raincoats, they ride atop bicycles that embody the word function. It has been said, “In Japan, the bicycle is as ordinary as the dawn.” Everywhere you go in Japan, the bicycle is there. 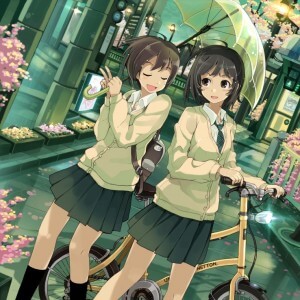 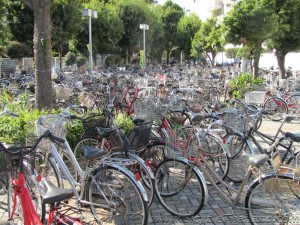 The rules of the “road” for bicycle riding in Japan:

Why does bicycling in Japan work? What are the factors that determine the frequency of use of bicycles and explains their overall acceptance in Japanese culture? Are any of these factors evident in Thailand? Are there attributes of Thailand’s culture that will help or hurt the chances of bicycling being embraced in the country?

Distance to daily needs – Japan has an extremely well organized road and train system. Japanese people frequently use trains and bicycles for transport in their daily lives. Even though Japan has some of the world’s most crowded cities most Japanese are never far from their everyday needs. Each district has its own supermarkets, schools, and convenience stores and most city neighborhoods are located within walking or cycling distance to a train station. When you consider that Japanese residents do not need to travel very far in order to reach the places that provide them with their daily needs you begin to understand why a bicycle makes perfect sense. Thailand: Perhaps with the exception of central Bangkok, Thailand does not have the same population density as Japan. But, the Thai inclination towards maintaining a close proximity to their daily needs is evident when the location of markets, food shops, and convenience stores is considered. This fact has the potential to positively affect the acceptance of bicycles in Thailand.

Cars – Owning a car in Tokyo is inconvenient and expensive.

While vehicle ownership is well within the financial means of most Japanese, the extremely high price of parking a vehicle and the limited amount of space to do so keeps many people from purchasing cars. In Japan, a special document which verifies that you have access to a designated parking space is required before you are allowed to purchase and register any vehicle. Buying a parking space is always an expensive option. Add the cost of insurance and maintenance and you begin to understand why many choose to ride a bicycle. Thailand: While more Thais are becoming financially able to own cars it is without question the ubiquitous motorbike that remains the preferred vehicle of choice for many Thais. Relatively inexpensive, easy to operate and maintain, the motorbike remains a significant tool in the daily comings and goings of a majority of Thais. This fact, coupled with the inexpensive (almost always free) cost of parking a motorbike anywhere (road, sidewalk, alleyway, etc.,) in Thailand has the potential to negatively affect the acceptance of bicycles in Thailand. Creating designated free and secure parking areas for bicycle users in Thailand could go a long way in changing the attitude towards choosing a bicycle rather than a motorbike for short distance trips.

Infrastructure – Surprisingly, Japan has terrible bicycle infrastructure yet millions of people across the country use bicycles every single day. Japan’s streets are small and oftentimes pedestrians, bicycles and cars must share the same space. While you would think that a country with so many bicyclists would have bicycle lanes everywhere, it actually does not. In Japan, everybody rides a bicycle but the country has very poor bicycle infrastructure because of a lack of space. Thailand: Thailand has space! Thailand has the ability to improve its current infrastructure and successfully incorporate bicycles into future projects. Amazingly, Thailand does not have to contend with some of the most recognized roadblocks to creating cycling infrastructure faced by other countries. Most notable of these roadblocks is a lack of space. This fact has the potential to positively affect the acceptance of bicycles in Thailand.

People – Regardless of poor cycling infrastructure, weather conditions, and limited space bicycles are used every day in Japan. What makes the every day use of the bicycle possible is the Japanese people themselves. Japanese people are recognized as being incredibly patient and tolerant. These characteristics are said to be the direct result of religious mindfulness and the necessity to have so many people peacefully reside in such close proximity to one another. Without getting bogged down in the quagmire arguments about bicycle lanes, rights of the roads, and safety concerns the Japanese drivers and pedestrians have readily accepted that bicycles are a part of every day life and subsequently allow every cyclist the amount of leeway that they themselves receive when riding. Thailand: Thai society’s proclivity towards an attitude of accommodation and peaceful coexistence are embodied in common terms like Mai Pen Rai, Jai Yen, and Tham Sabai. In my opinion, it is these mindful characteristics displayed by Thai people, which closely parallel those of the Japanese people, that will ultimately help to pave the way for the acceptance of the bicycle in Thailand. I look forward to seeing my prediction come true. 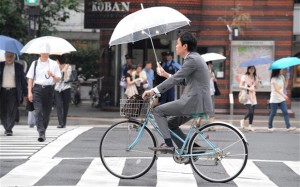 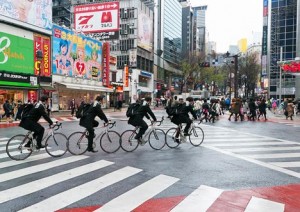 An introductory amount of information about bicycling in Japan:

Japan Cycling Navigator – A comprehensive website that is definitely recommended to those interested in touring Japan on a bicycle. http://www.japancycling.org/v2/

Tokyo Cycling Club (TCC) – The TCC consists of Japanese and foreign bicycle enthusiasts who enjoy a good ride around Kanto area as well as an occasional drink. TCC aims at promoting friendship and cultural exchange between cyclists from Japan and elsewhere. http://www.tokyocycle.com/

A bicycle touring company I came across during my visit – Tokyo Great Cycling Tour (TGCT) does three different day tours in the Tokyo area. See the bay area or have a cultural experience in Tokyo. English speaking tour guides. Easy to find office. Book your tour in advance online. http://www.tokyocycling.jp/index.html

Bicycle shops in Tokyo – Too many great ones to list here. My suggestion, visit the big shops like Y’s Road if you actually need something like a SLX rear derailleur for your MTB or a 105 crankarm for your Road sled. If you don’t actually need anything and just want to see some cool shops and ogle bike goodies than visit as many of the little boutique places that you can while you are in Tokyo. The boutique shops are crammed full of shiny and unique treasures. Here are a couple of websites with great descriptions and directions to some of the shops in the Tokyo area: