Top
You are here: Home / Archives for Bicycle Clubs

Here you will find some of the bicycle clubs and organizations in Thailand that you can join - whether it be for a day's ride or for the entirety of your stay in the Land of Smiles. We have also included useful website links to hard-to-find information, products, and services that are available in Thailand. If you can not find a bicycle club where you are then feel free to start your own weekly ride and tell us about it and we will post it here so that other cyclists can find you. 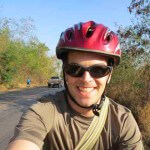 I accidentally spotted a group of cyclists hanging out next to the “Gate to Isaan” (Pratu Su Isaan) one evening on my way to my favorite Italian restaurant.  I’d seen them before in the same spot, at around the same time so I figured they met regularly and decided to approach them and ask what’s the deal.  They informed me that they meet everyday at 4 p.m., except weekends, and go on an … END_OF_DOCUMENT_TOKEN_TO_BE_REPLACED 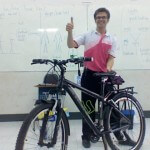 I started teaching English in Pak Chong, Nakhon Ratchisima Thailand in May.  As soon as I realized I might be able to afford a bicycle I was super excited.  I’m not exactly sure why I decided on a pedal bike and not a motorbike but the decision was one of the best I’ve ever made.  Thinking back on it, probably the price and the potential for exercise were two of the main factors in the decision. … END_OF_DOCUMENT_TOKEN_TO_BE_REPLACED 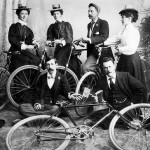 Article by Fred Matheny Cycling can be a solo sport. Long rambles through the spring countryside, hard rides in the hills, weekend tours to scenic areas—all can be enjoyed with only your own thoughts for company. In fact, many cyclists prefer to go alone. Then they can choose their own route and are free to ride hard or stop and smell the flowers, as their fancy prefers. But cycling is … END_OF_DOCUMENT_TOKEN_TO_BE_REPLACED 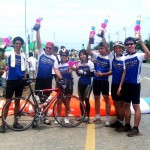 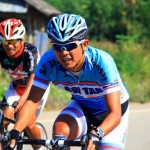 The summer shrill of cicadas subsides just long enough to welcome the tip-tap sound of a beginning rain. It’s rainy season in Thailand, where afternoons are best spent without a schedule. I’ve been ferried up a smooth black serpentine road amid the bursting green jungle of Northern Thailand to a secluded cafe where I will allow the wet afternoon to unfold as it may. The short ride out to this … END_OF_DOCUMENT_TOKEN_TO_BE_REPLACED 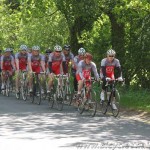 Article by Fred Matheny The major activity of any cycling club, racing or touring, is the group ride. As a result, it’s important to know how to hang tough on a given ride and make yourself welcome on the next one. Success is often due to more than fitness. Here’s a club cycling primer! Know the group's traditions. Some clubs like to start all rides, no matter how fast they’ll … END_OF_DOCUMENT_TOKEN_TO_BE_REPLACED 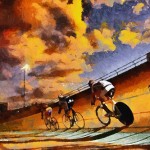 During the past few years the Australians and British have led a revolution in world cycling by taking young athletes and training them as track riders before moving them on to become successful road cyclists. Good examples are riders such as Bradley Wiggins and Mark Cavendish in the UK and the Australians Robbie McEwen, Stuart O’Grady and so on. For my part I’ve always loved the track. … END_OF_DOCUMENT_TOKEN_TO_BE_REPLACED

Thai Cycling for Health Association (TCHA) regularly organizes cycling trips to different locations throughout Bangkok and its surrounding provinces. Most one-day trips are free of charge while multi-day/overnight trips remain relatively inexpensive. During overnight trips the accommodation is usually *very* basic, and riders are required to look after most of their own expenses, but it is a very … END_OF_DOCUMENT_TOKEN_TO_BE_REPLACED 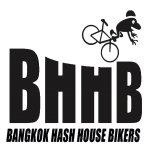 The Bangkok Hash House Bikers is a mountain biking club that has been around for some time now. The club was originally started back in the early 90s by a group of hash runners who found that they also enjoyed riding their bicycles in the many beautiful countryside locations that Thailand has on offer. The club’s rides are great social events, allowing members and visitors to meet fellow cyclists, … END_OF_DOCUMENT_TOKEN_TO_BE_REPLACED 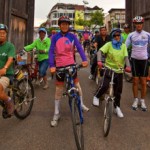 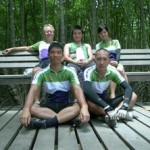 Article and photos by Andrew Bhasavanich Educational institutions and organized sport go hand in hand. Some notable universities can even attribute their reputation to the level achieved by their respective sports teams. It is, however, less common to see the sport of cycling as a University-endorsed sport and even more of an exception in a football-crazy country like Thailand. Despite this … END_OF_DOCUMENT_TOKEN_TO_BE_REPLACED 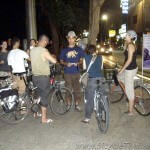 What could be better than riding your bike at night in traffic? Riding your bike with a group of people who are interested in raising cycling awareness! Which is exactly what Critical Mass is designed to do, and the group in Chiang Mai is no exception. The last Friday of every month, some of the people who ride bicycles regularly in Chiang Mai get together to slowly meander through the … END_OF_DOCUMENT_TOKEN_TO_BE_REPLACED